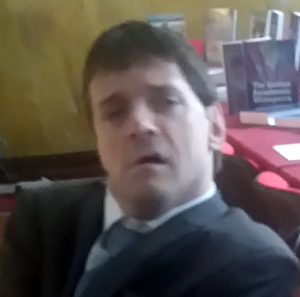 Ivan Dujić joined the Institute of International Politics and Economics in 2004. His main areas of research interest encompass globalisation, national and sub-regional integration processes in the countries of the New World, particularly in Latin America, and compared to the same integration processes in Europe, and Serbia as well. In 2014 Dujić defended his doctoral thesis entitled Simón Bolívar’s Ideas of Latin American Integration through the Prism of Contemporary International Relations, at the Faculty of Political Science, University of Belgrade. In 2012, he took his MSc degree in Latin American Studies at the School of Social Science (Department of Politics and International Relations), University of Aberdeen, United Kingdom. His MSc degree in Laws he earned at the Faculty of Law, University of Belgrade (Department of International Public Law and International Relations) in 2008. Dujić authored dozen of research papers published primarily in the IIPE journals as well as two books in Serbian Serbia and the Panama Canal as a Key for the World Order from 1850 to 2000 (2010) and The New World and Europe: From the Beginning of Globalisation Process to Global Financial and Migration Crisis (2017). He is a member of Editorial Board of the IIPE journal Međunarodna politika.