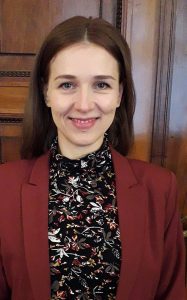 Ana Jović-Lazić joined Institute of International Politics and Economics in November 2002. Her main research interests are all aspects of relations between the European Union and neighbouring countries, particularly relations with Russia, the “frozen conflicts” in the South Caucasus and Moldova, and the protection of cultural heritage. Ana is Deputy Editor-in-Chief of IIPE′s journal Međunarodna politika. She graduated from the Faculty of Political Science at the University of Belgrade in October 2002. At the same Faculty she received her Master’s degree and PhD degree. She defended her master thesis entitled The European Union and neighbouring countries in March 2008. Four years later she defended her doctoral dissertation Relations of the European Union and the Russian Federation. She has published at home and abroad, and participated at national and international conferences and round tables. She is member of European Movement in Serbia.