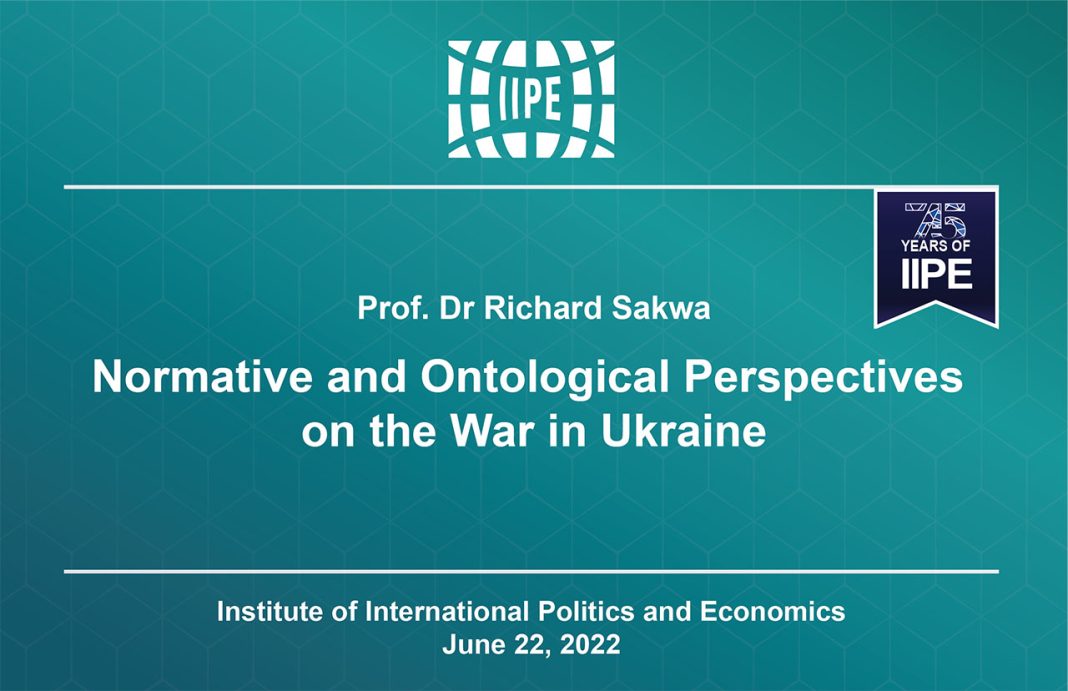 Richard Sakwa, Professor of Russian and European Politics at the University of Kent gave a lecture titled  “Normative and Ontological Perspectives on the War in Ukraine”.

Professor Sakwa pointed out that events in Ukraine bring into question the whole world order that lasted since 1945. Examining the Ukraine conflict from the interpretivistic angle, he argued that the Cold War never really ended.

Professor Sakwa also addressed the stance of the global South on the ontological conflict happening in the global North. He pointed out that states like India, China or Brazil demonstrate а resolve to distance themselves from this conflict and increasingly attempt to develop their own system.

During the discussion with the audience, professor Sakwa gave his opinion on the Ukraine peace proposal by Henry Kissinger and on the European political community promoted by Emmanuel Macron.