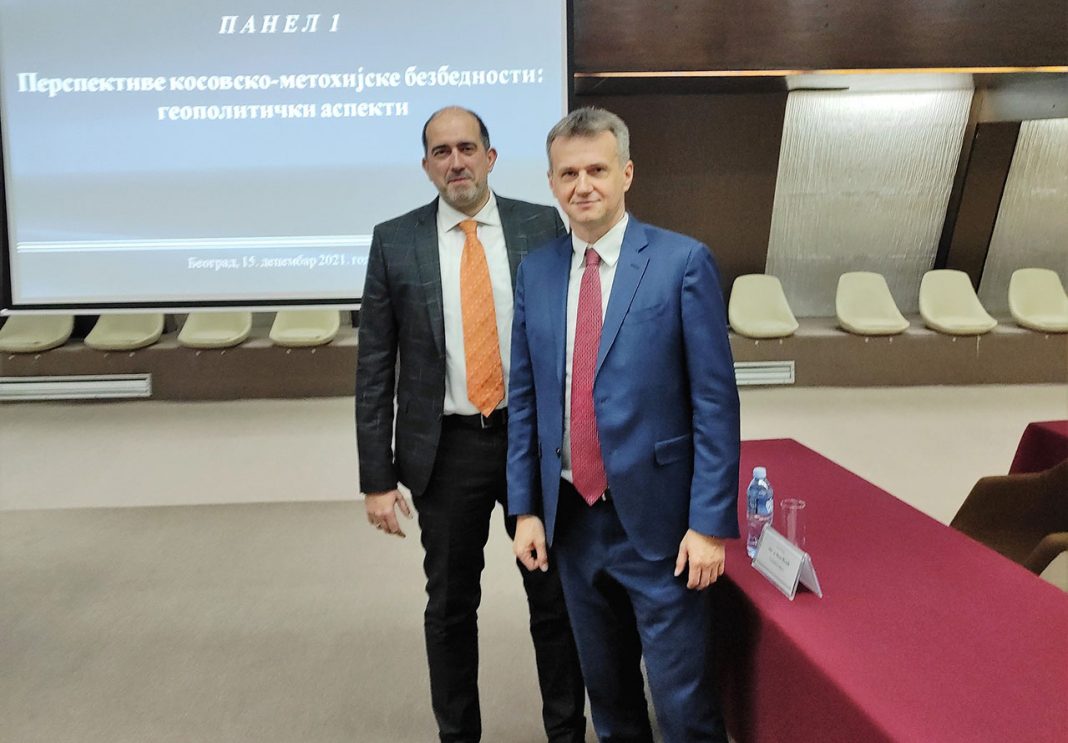 Research fellows of the Institute of International Politics and Economics, Dr. Dušan Proroković and Dr. Aleksandar Mitić, participated in the work of the scientific conference “Kosovo and Metohija – a security challenge and/or perspective of the Republic of Serbia”, organized by the Strategic Research Institute of the University of Defence.

Proroković discussed the theme “Partition of Kosovo – reality or delusion?” while Mitić spoke on the the topic “Implications of the role of the PR of China regarding the question of Kosovo and Metohija: between transatlantic fears and strengthening resilience of the Belt and Road”.

The conclusion of the conference is the unequivocal stand that the Republic of Serbia should persevere in its attempt to preserve Kosovo and Metohija as its integral part and that any other option is deeply against its interests.