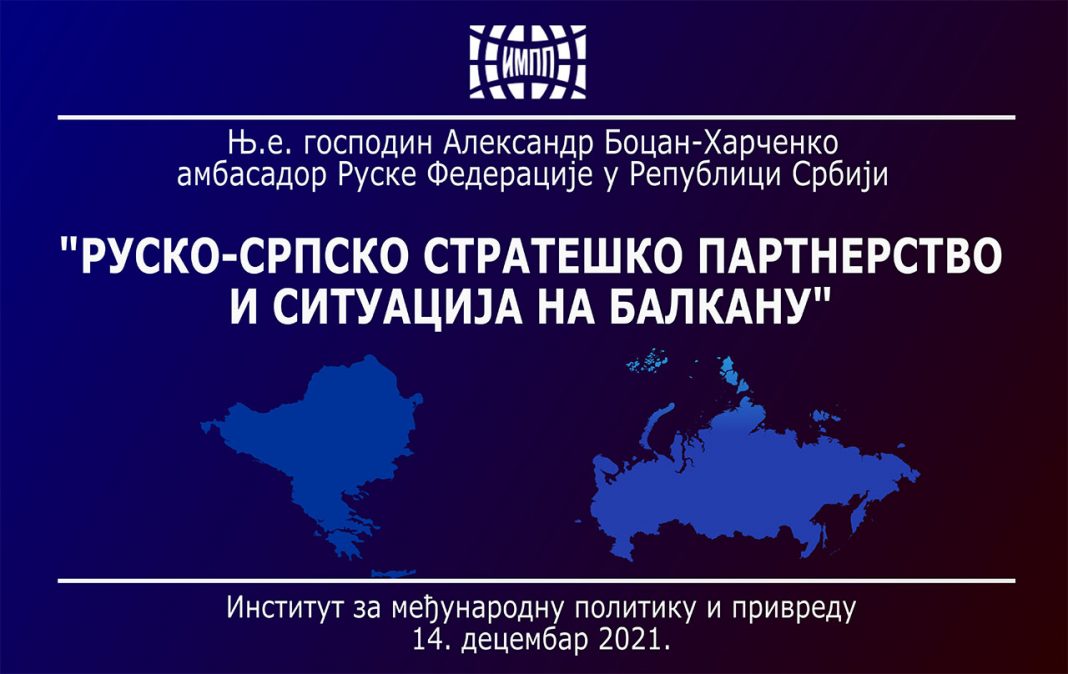 H.E. Mr. Aleksandr Botsan-Kharchenko, Ambassador of the Russian Federation to the Republic of Serbia, delivered a lecture “Strategic partnership between Russia and Serbia and the situation in the Balkans” within the IIPE’s Ambassadorial Forum lecture series.

Ambassador Botsan-Kharchenko assessed relations between Russia and Serbia as long-term, reliable and secure, emphasizing the importance of spiritual and cultural closeness, as well as the common history between Russian and Serbian people. Russian Federation, as a permanent member of the Security Council, is committed to principles of the UN Charter. As such, it provides significant support for Serbia on the question of Kosovo. The Ambassador positively assessed the current energy status of Serbia, as well as the trade opportunities between Serbia and the countries of the Eurasian Economic Union. Russia supports cooperation between Serbia and the EU. On the other side, Russia does not support enlargement of the NATO in the Balkans. It stands for military neutrality of Serbia and Republic of Srpska.

H.E. Mr. Botsan-Kharchenko spoked about the situation in Bosnia and Herzegovina. Russia is committed to the principles of Dayton Agreement. He characterized the institution of High Representative as an obstacle in national dialogue, development and reconciliation within the people of Bosnia and Hercegovina.

The lecture, organized within celebrating of the 74th IIPE’s anniversary, gathered numerous representatives of the diplomatic corps, media, scholars and IIPE researchers and alumni. The lecture was followed by a vivid discussion with a number of questions.