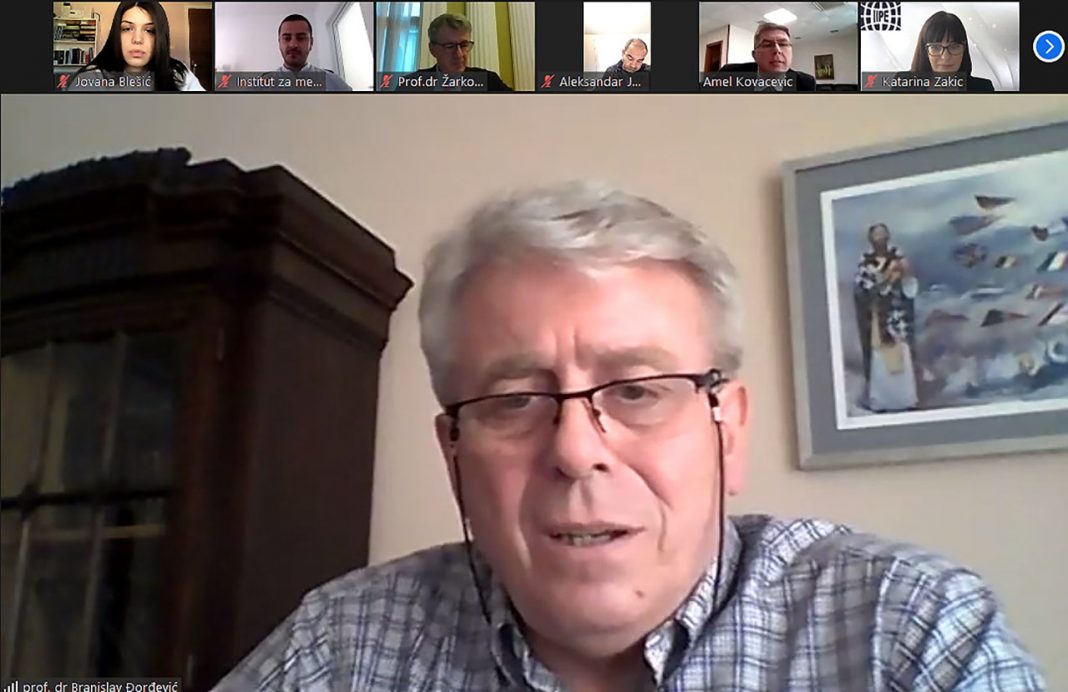 Institute of International Politics and Economics has organized a round table with international participation on March 3rd, on the topic “China and the Balkans: Past, Present, and the Prospects”. The meeting aimed at analysing of relations of the Balkan countries with the People’s Republic of China through the prism of foreign and economic policy, as well as to determine key developing perspectives of these relations in the future.

The meeting was officially opened by the Director of the Institute, prof. Dr. Branislav Đorđević. The speeches were given by the following participants: the former Ambassador of the People’s Republic of China to the Republic of Serbia, H.E. Li Manchang, Prof. Žarko Obradović and Prof. Zoran Jeftić from the Faculty of Security Studies of the University of Belgrade, H.E. Amel Kovačević, former Ambassador of Bosnia and Herzegovina to the People’s Republic of China, Dr. Jasna Plevnik, Founder and President of the Geoeconomic Forum from Croatia, Dr. Anastas Vangeli from the Asian Institute in Northern Macedonia, as well as Dr. Katarina Zakić and MSc Nenad Stekić from Institute of International Politics and Economics. The meeting was moderated by Dr. Ivona Ladjevac, head of the Center for “Belt and Road” of the Institute of International Politics and Economics.

The participants of the round table stressed the importance that the “17 + 1” Initiative has achieved in the practice of institutionalizing the relations of the Balkan countries with the People’s Republic of China and discussed possible economic and political patterns of the development of the relations between the two sides in the light of the emerging pandemic, as well as in light of global  restructuring within the system of international relations.

Due to the pandemic caused by the Corona virus, the event was conducted electronically, through the Zoom application.