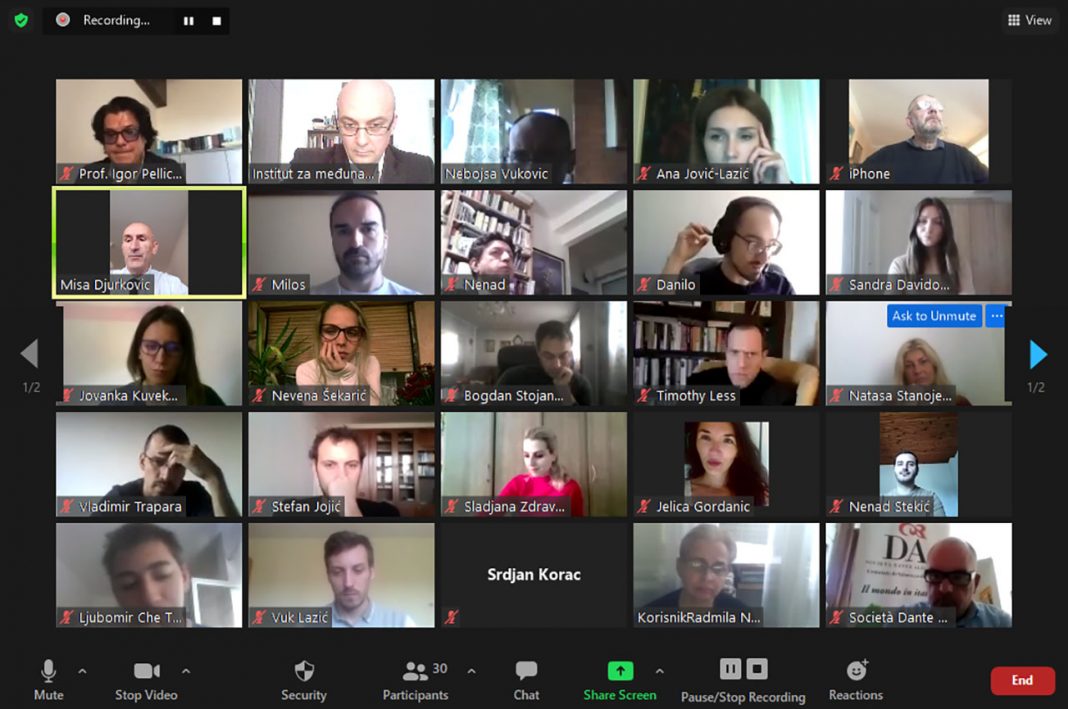 Institute of International Politics and Economics organised a webinar “South-East Europe and Eastern Mediterranean: Realignments and trends”. The speakers were Prof. Igor Pelliciari, Universita Urbino, Dr Timothy Less, University of Cambridge, Dr Ilias Spyridonides, Aristotle University of Thessaloniki, Dr Miša Đurković, Institute of European Studies, Dr Marina Kostić and Dr Slobodan Janković, both the IIPE Research Fellows. The presentations were focused on the influence of Russia, the United States and Turkey in the Balkans, as well as the current dispute between Turkey and Greece in the Eastern Mediterranean. Participants agreed that the influence of Russia and Turkey in the Balkans is limited. Dr Less emphasised the intention of NATO to integrate the remaining countries in this region and pointed out the Republika Srpska as the last stronghold of Russia in the region. Prof. Pelliciari noted that Russia perceives NATO as a competitor and threat in the Balkans to a much greater extent than it is the case with the EU. Regarding the actions of the United States in the Balkans, participants spoke of signs of competition between the Trump`s administration and the previous administration. Dr Đurković stated that the administration of President Trump is not able to fully implement its policy in the Balkans, and that the eventual victory of Joe Biden in the upcoming elections would mean the return of the classic Clintonian policy from the 1990s. Dr Kostić presented and compared the US, Russian, Chinese and EU initiatives in the South-East Europe. Dr Spyridonides talked about consequences of irregular migration for the Greek islands and how Turkey uses it as a geopolitical weapon. After the opening speeches there was a debate with other members of the webinar, in which the participants talked about “soft power scramble” among the US, Russia, EU, and China in the Balkans.