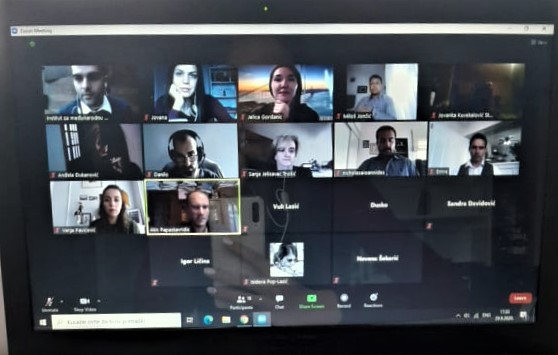 The third gathering in the format of IIPE International Law Sessions was focused on the issue of maritime delimitation and control over natural resources in the Eastern Mediterranean. The speakers were Dr Efthymios Papastavridis, Researcher and Part-time Lecturer at the University of Oxford and Research Fellow at the Athens PIL Center and Academy of Athens, Dr Nicholas A. Ioannides, Adjunct Lecturer in International Law at the University of Nicosia, and Yunus Emre Acikgonul, MA, a PhD candidate at the United Nations University for Peace. The idea of the session was to present to the academic community in Serbia one of the most complicated contemporary legal and political disputes in Europe from the point of view of three experts on the law of the sea from the states which have the most prominent role in the dispute – Turkey, Greece and Cyprus. The discussion focused on the issues of state practice of maritime delimitation in the region, respective positions of Turkey, Greece and Cyprus concerning the mutual border disputes and control over resources, possible avenues of dispute settlement, problem of delimitation with political regimes of the Turkish Republic of Northern Cyprus and Government of National Accord in Libya, relevance of the UN Convention on the Law of the Sea and its customary rules on delimitation for states that are not signatories, factor of dependence natural resources in the equitable delimitation. The discussion was hosted by Dr Mihajlo Vučič, Research Fellow in International Law at the Institute of International Politics and Economics, and participants included scholars and academicians from International Law and related disciplines. 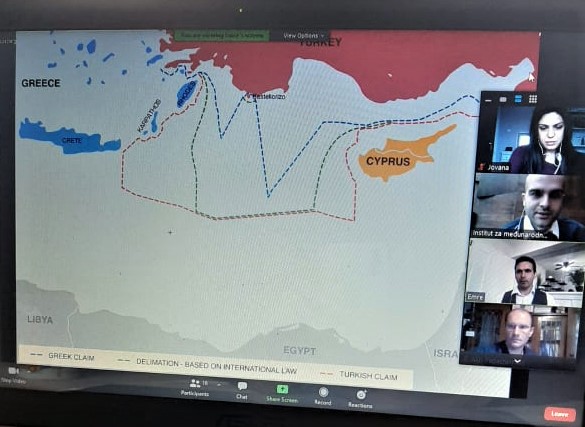