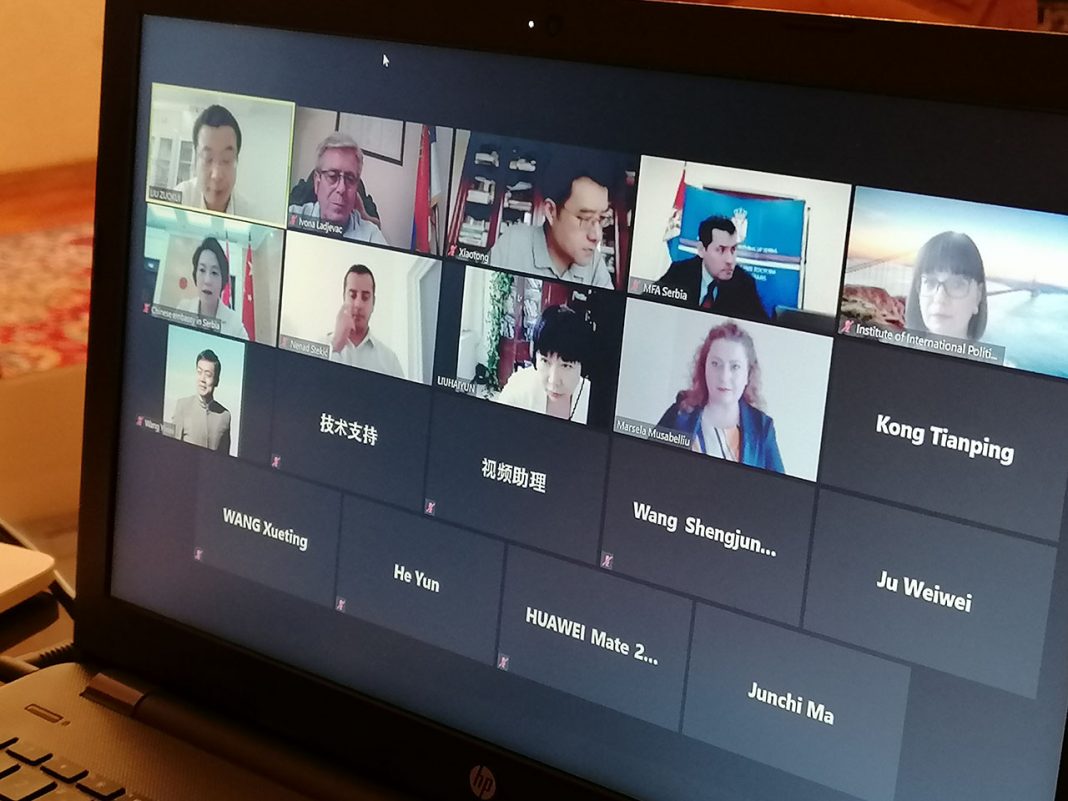 The cycle of Institute’s centers webinars started with the Belt and Road Center’s webinar “How the People’s Republic of China and Europe Faces Uncertainties Bringing Change in the World”, organized in cooperation with the Institute for European Studies of the Chinese Academy of Sciences.

The webinar aimed to deepen the academic discussion on possible global consequences left by the Corona virus pandemic, as well as to analyze the modalities of the response of the People’s Republic of China and the European Union to the crisis.

The webinar commenced with a solemn speech by the Ambassador of the People’s Republic of China to the Republic of Serbia, H.E. Mrs. Chen Bo, followed by an addressing by the director of the IES CASS, Prof. Wu Baiyi, and Institute of  International Politics and Economic’s director, Prof. Branislav Đorđević.

Introductory speeches were given by Nemanja Stevanović, State Secretary at the Ministry of Foreign Affairs of the Republic of Serbia, and Prof. Huang Ping, Executive President of the Chinese Institute of Hong Kong.

The working part of the webinar consisted of a single panel in which ten participants spoke. The presentations were given by the head of the Regional Center “Belt and Road”, Dr Ivona Lađevac, along with researchers, Dr Katarina Zakić and МА Nenad Stekić. Apart from them, researchers from the universities of Renmin, Fudan and Hubei, as well as participants from Albania and Poland, also participated in the webinar. Panelists introduced the political, economic, and security challenges ahead of the European Union and the People’s Republic of China, and presented recommendations for possible effects’ mitigation of the Corona virus. In addition, the panelists pointed out the great dynamics of uncertainty that have become an integral part of the modern world, and which will heavily influence international relations in the near future.

At the end of the webinar, the traditionally excellent connection between Institute of International Politics and Economics and the Institute for European Studies in Beijing was confirmed, while the researchers were invited to continue deepening cooperation in the field of joint research in the future.