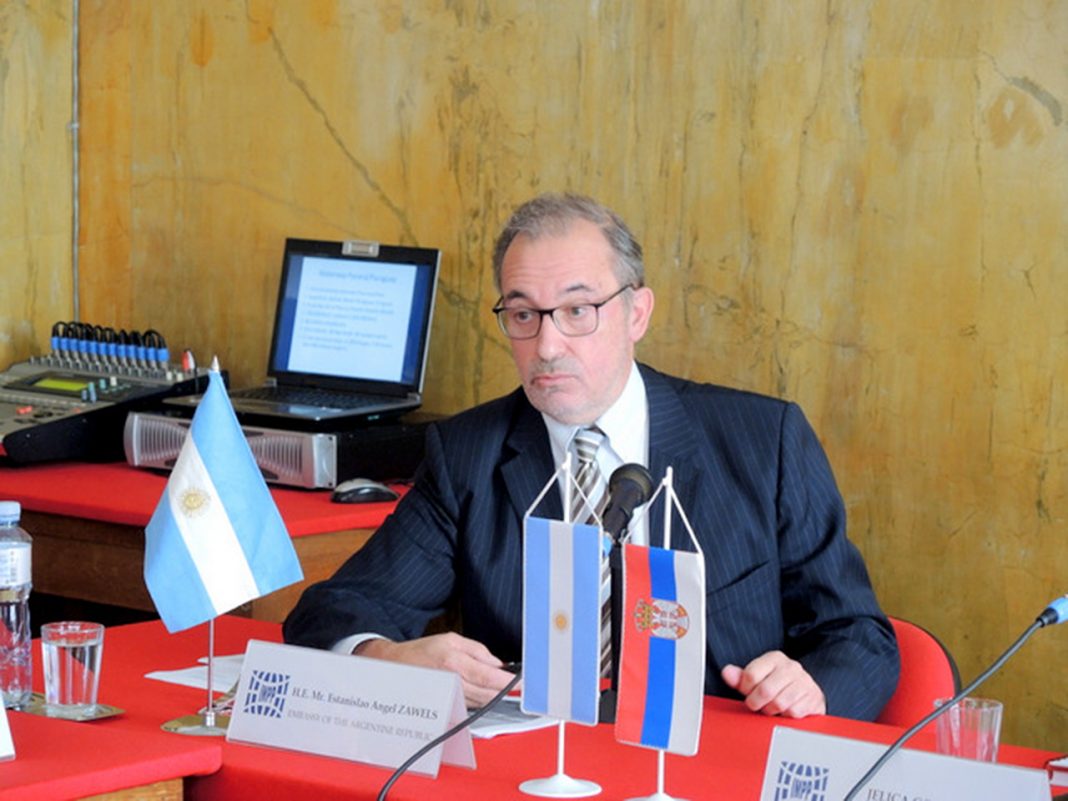 As part of IIPE flagship lecture series, “Ambassadorial Forum”, H.E. Mr. Estanislao Angel Zawels, Ambassador of the Argentine Republic in Serbia, delivered a lecture on the strategic importance of North East region of Argentine. In addition to numerous representatives of the diplomatic community in Belgrade, the lecture was attended by members of the academic community as well as researchers and alumni of the Institute of International Politics and Economics. In the introductory part of his lecture, Mr. Zawels presented the general demographic and geographic features of Argentina, with the focus on the characteristics of its north eastern part and its strategic importance for the national economy. The ambassador emphasised that the importance of this geographic area lies in the abundance of fresh water, which makes this region one of the most fertile in the world. Moreover, the strategic importance of water resources in this region is reflected in connecting Argentine and the five neighbouring countries via the Paraná/Paraguay canal. Mr. Zawels stressed how scarce water resources might undermine food production and hamper agricultural revolution in Argentina in near future, and underlined that food issue remains the main problem in some part of the world. In the end, the ambassador talked about ecotourism potential in national parks situated in North East region of Argentine. Mr. Zawels concluded that this region of Argentina is significant because of the economic advantages of water transport over road and other modes of transport when it comes to massive quantity of goods, as it is the case in food industry. Following the lecture, Mr. Zawels had dialogue with audience participants.