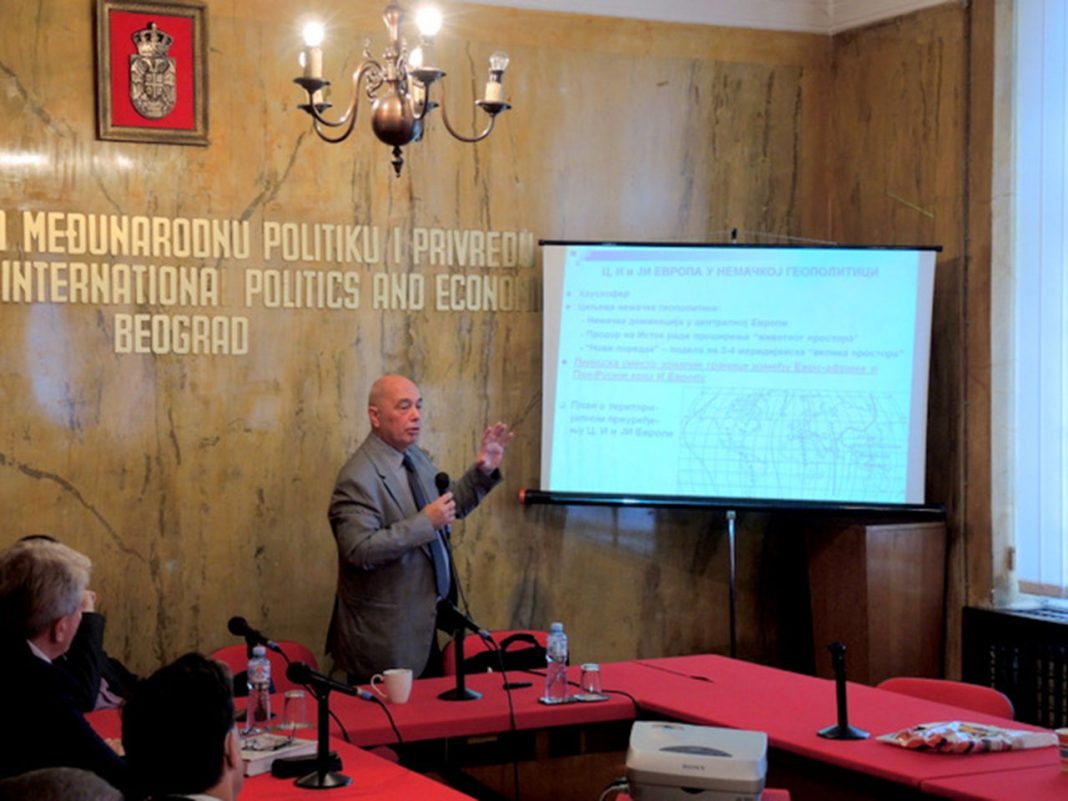 Institute of International Politics and Economics hosted a lecture “A Century of Inter-Europe: From the Sanitary Cordon to China+17” delivered by Professor Milomir Stepić, Professorial Fellow of the Institute for Political Studies, Belgrade. Confirming the geopolitical importance of Central, Eastern and Southeastern Europe for global domination and the struggle for the supremacy of leading maritime and land powers, Professor Stepić identified the place and role of these spaces in contemporary geopolitical competition. The term “Inter-Europe”, as Professor Stepić explained, stemmed from the inter-war politics and U.S. transatlantic ambitions, as well as the struggle for global domination with former Soviet Union. Having remarked that the Balkans has been positioned in the “interstate” zone since 1919, taken in the geopolitical terms, Professor Stepić provided a systematic and detailed overview of basic geopolitical concepts – including Mackinder, Spikeman, Haushofer, Brzezinski, Dugin, and Huntington – as the context of the current geopolitical process in this part of the world, as well as new integration processes that affect the Balkans and its nations. Professor Stepić interpreted Chinaʼs recent foreign policy efforts in the form of Initiative 17+ as a part of her intentions to establish its own sphere of influence in Inter-Europe by economic and political instruments. Taking into account the historical perspective of the geopolitics of the analysed part of Europe, the lecturer brought to the fore the question in what ways the future competition between the Telurocratic and Thalassocratic powers could affect this part of the European continent. The debate that followed the lecture was revolved around this issue.