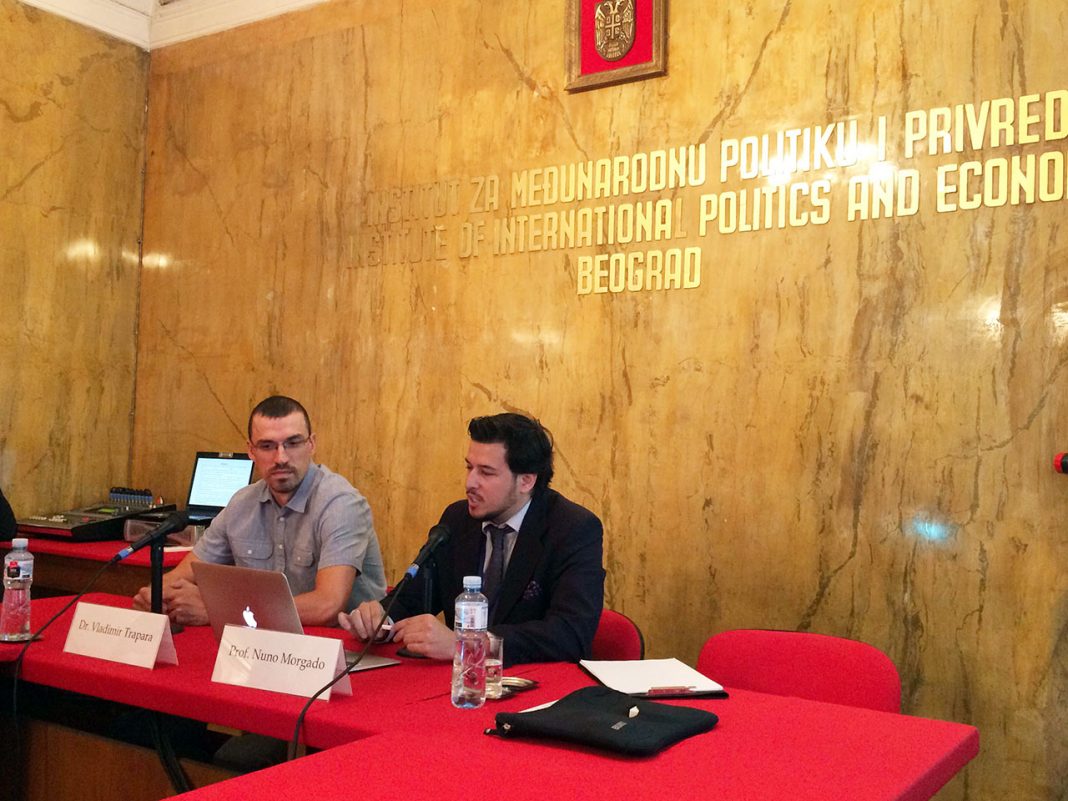 Professor Nuno Morgado from the Faculty of Social Sciences of the Charles University in Prague held a lecture “Bolsonaro`s Brazil in today`s Latin America”, at the IIPE Conference Hall. By observing the past two decades and the results of previous administrations, Professor Morgado highlighted key issues which Brazil faced in security, economy and education. Through highlighting high murder rate, drug trafficking, massive corruption as well as the influence of the left-wing Sao Paulo Forum in formulating the foreign policy of Brazil, Professor Morgado established the context in which Jair Messias Bolsonaro was elected as the new president. Analysing Bolsonaro`s speeches, the lecturer identifies key objectives and modalities of action of the newly elected president in security and economy, through which Bolsonaro strives to resolves long-lasting social problems inherited from the previous decades. Although Jair Bolsonaro is represented in media as a populist and far-right politician, Professor Morgado claims on the basis of empirical results of speeches and modalities of action that Bolsonaro`s political programme is not a far-right, but a standard conservative agenda aimed at decentralising Brazil, reducing bureaucracy and bureaucratic procedures, as well as taking steps towards greater liberalisation and wider scope of privatisation of national economy. Finally, Professor Morgado touched upon the current situation in Venezuela and its impact on Brazil and Bolsonaro`s political agenda, highlighting harsh opposition of Brazil towards the regime of Nicolas Maduro. The lecture, as well as the debate following the lecture, was attended by members of the academic community as well as IIPE researchers and alumni.