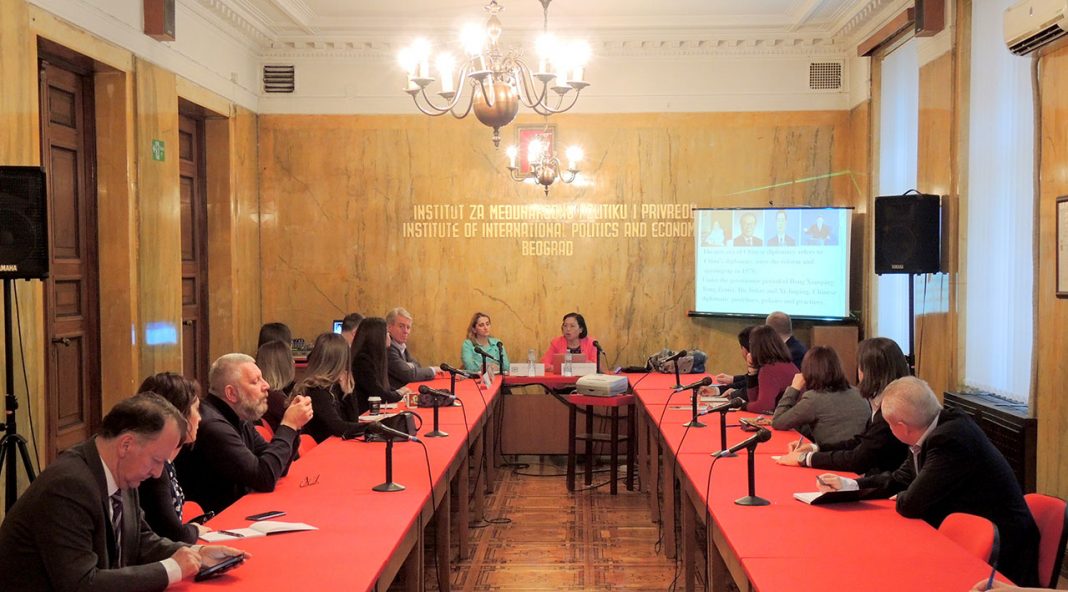 Professor Zhang Lihua, Director of the Research Centre for China–EU Relations at the Tsinghua University in Beijing, delivered a lecture “Chinese Diplomacy for the New Era and Its Core Values”, at the Conference Hall of the Institute of International Politics and Economics. After reviewing the diplomacy of the previous presidents of the People`s Republic of China in the New Era, which began in 1978, Professor Zhang focused on the current president of China and his foreign policy. Xi Jinping is leading foreign policy based on building new international relations, and on creating a new common future of mankind. Professor pointed out that, since 2014, China has not only established relations with 58 countries, but it has intensified its participation in international organisations, contributing significantly to the United Nations peacekeeping missions; besides, the great success of the “Belt and Road” initiative is being evident. The second part of the lecture dealt with the philosophical grounding of Chinese diplomacy in the 21st century. Guided primarily by Confucius’ thoughts, Professor Zhang highlighted the traditional values of the Chinese society – harmony, benevolence, righteousness, courtesy, wisdom, and faith – and analysed the ways in which they affect diplomacy. For instance, harmony leads to a policy of peace, equality and joint creation, while benevolence of China as a global actor is being embodied in the Chinese political and economic assistance to African countries, as well as in the opposition to US interference in Syria and Venezuela. “We will not attack unless we are attacked, if we are attacked, we will certainly counterattack” is a maxim of Chinese which explains how the actual president sees righteousness in the service of soft and hard power. Professor concluded that traditional Chinese cultural values are different from the Cold War mentality captured in endless power politics games between the stronger and the weaker. The new vision for solving international disputes Professor Zhang sees precisely in peaceful coexistence, harmony in diversity and the search for the common ground. The lecture gathered members of the academic community and IIPE researchers and alumnists.