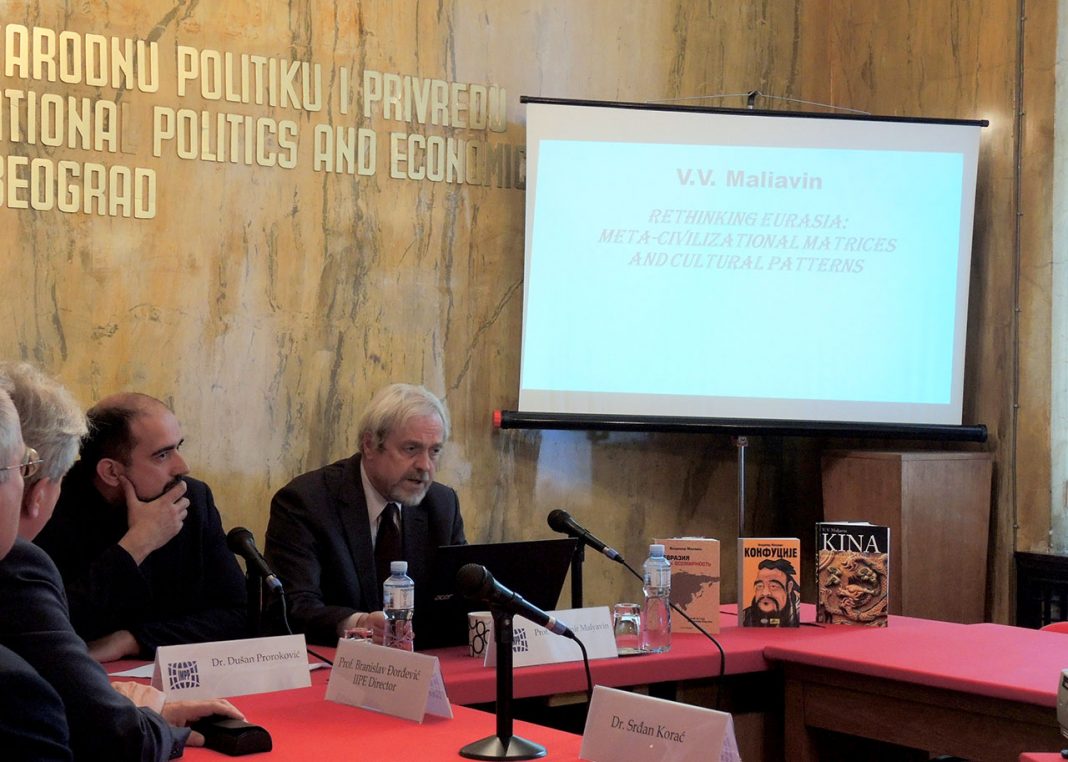 Dr. Vladimir Malyavin, a prominent Russian sinologist and Professor at the Faculty of International Politics and Economics at Moscow Higher School of Economics, as well as at the Far East Federal University in Vladivostok, delivered a lecture “Rethinking Eurasia: Meta-civilizational matrices and cultural patterns” at the Conference Hall of the Institute of International Politics and Economics. Professor Malyavin talked about the need to rethink political organisation in Eurasia its historical, cultural and civilisational context. Asserting the importance of social and political order, Professor Malyavin highlighted possibility of understanding the Eurasian role in world politics through the optics of the orientalist philosophical traditions of its nations, particularly Chinese philosophy. Notable development of China, Russia and India, seen through the prism of their current engagement and reverence of traditional philosophical thought, envisaged the dominant policy of active coexistence. Professor Malyavin concluded that one of the biggest concerns today is the unpredictability of some tendencies and continuity in the geopolitical reality of the day. The lecture gathered members of the academic community, and IIPE researchers and alumnists.