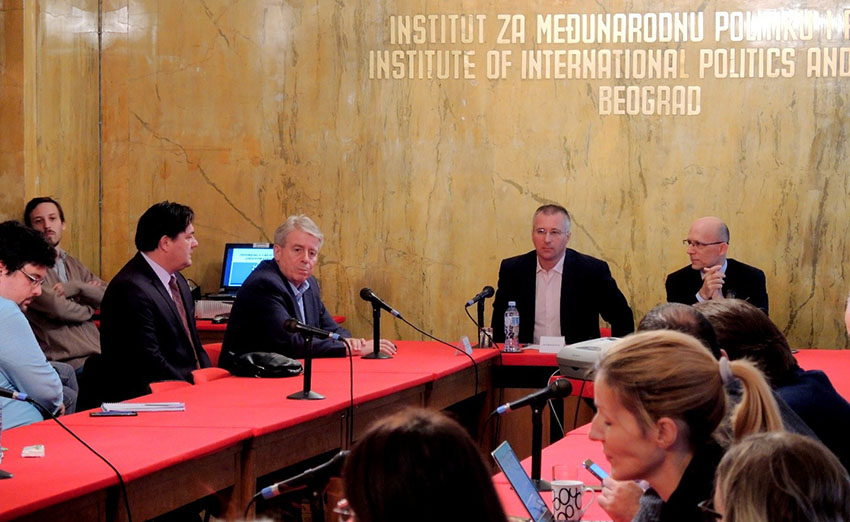 Dr. Ognjen Pribićević, a principal research fellow at Institute of Social Sciences, Belgrade, gave a lecture at the Institute of International Politics and Economics on major changes in contemporary diplomatic practice. Dr. Pribićević shared his views based on his personal experience gained in the diplomatic service during which he served as Assistant Minister of Foreign Affairs and the Ambassador of the Republic of Serbia to Berlin (2005–2009) and to London (2013–2017). The lecturer emphasised managerial skills and knowledge of economic opportunities and public relations as a leitmotif for successful work in the diplomatic service. During the Q&A part of the lecture, the participants were mostly interested in the views of Dr. Ognjen Pribicevic about the current issues of British foreign policy, and the problems our diplomats face in their daily work, especially in terms of improving the negative image of Serbia in the West and attracting foreign investments.