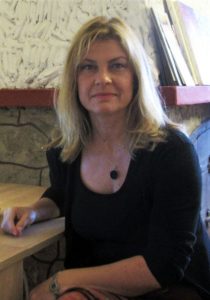 Nataša Stanojević joined Institute of International Politics and Economics in December 2019. The most important area of her research is international economics – foreign trade, foreign investment and international economic relations – with a particular interest in the international position and challenges of transition economies in East and Southeast Europe, Russia and the Post-Soviet space. Also, an important place in her research belongs to the region of the Middle East and North Africa, which is a central topic of her ​​doctoral dissertation, the topic of numerous scientific papers and conferences, and the region with which she has intensive international cooperation. Nataša Stanojević holds a PhD from the Faculty of International Economics in Belgrade (2007), on the topic The Impact of Geographic Conditions and Resources on the Development of the Middle East and North Africa, under the mentorship of Professor Oskar Kovač. She earned her MA degree from the Faculty of Political Science, University of Belgrade in 2003, where she graduated in 1995. Dr Stanojević authored six books and monographs, 30 articles in top-ranking scientific journals and a participant in international conferences in the country and abroad, among which the conferences in Tehran, Tenerife, New Delhi, Yinchuan and Belgorod stand out. Previous career of Nataša Stanojević is mainly related to work in higher education: Faculty of International Economics, Faculty of Philology, University of Belgrade (Department of Oriental Studies), British Business Academy in Belgrade. At the Faculty of International Economics, Nataša Stanojević was a coordinator of the Sector for the Middle East and North Africa and a founder and the first coordinator of the Iranian Centre. As a coordinator of the Sector for the Middle East, she was granted a sabbatical to Iran in 2007, where she specialized in Islamic economics and banking. As a coordinator, she was the organizer and participant of the conference Islamic Revolution in Iran through the personality and work of Imam Khomeini, held in Belgrade in cooperation with the Iranian Cultural Centre.