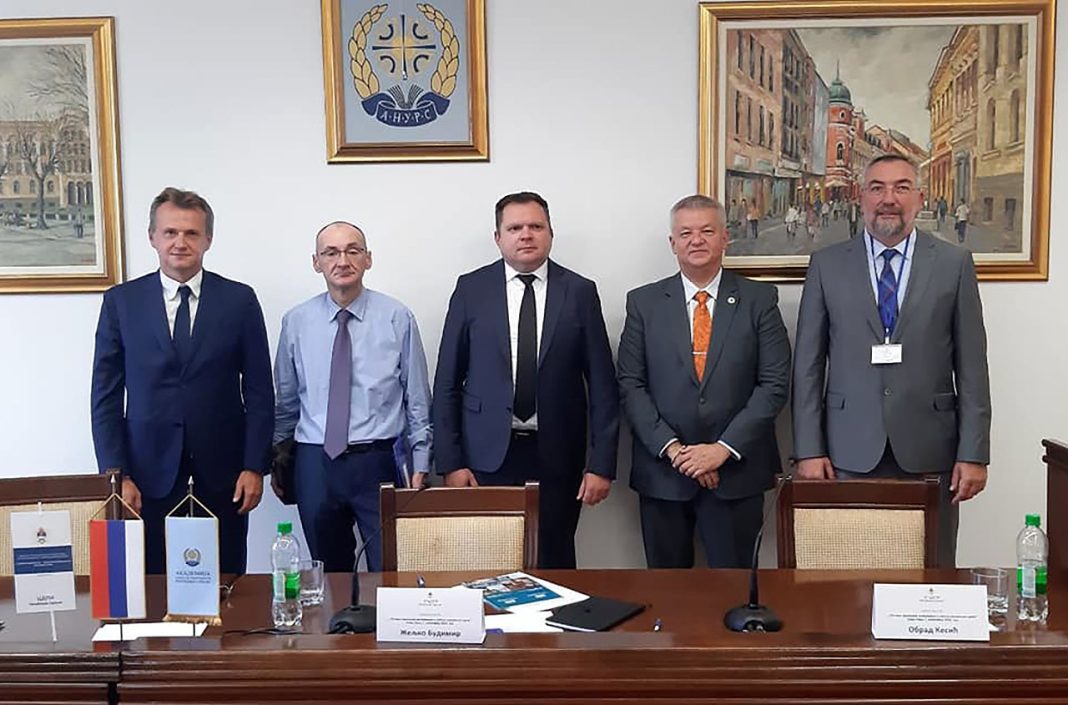 Research fellows of the Institute of International Politics and Economics, dr Nebojša Vuković and dr Aleksandar Mitić, presented their findings on the theme “European integrations in the light of the Ukrainian crisis”, at the roundtable held at the Academy of Science and Arts of Republika Srpska in Banja Luka.

The roundtable was the first event organized by the Center for socio-political research, recently founded by the Government of Republika Srpska.

Along with IIPE researchers, speeches were given by dr Željko Budimir from the Faculty of Political Science in Banja Luka and Obrad Kesić, head of the Republika Srpska Representation Office in Washington D.C. The discussion was joined by the president of the Academy Rajko Kuzmanović, deans and professors from several faculties of the University of Banja Luka, as well as the host of the roundtable and director of the Center Dušan Pavlović.