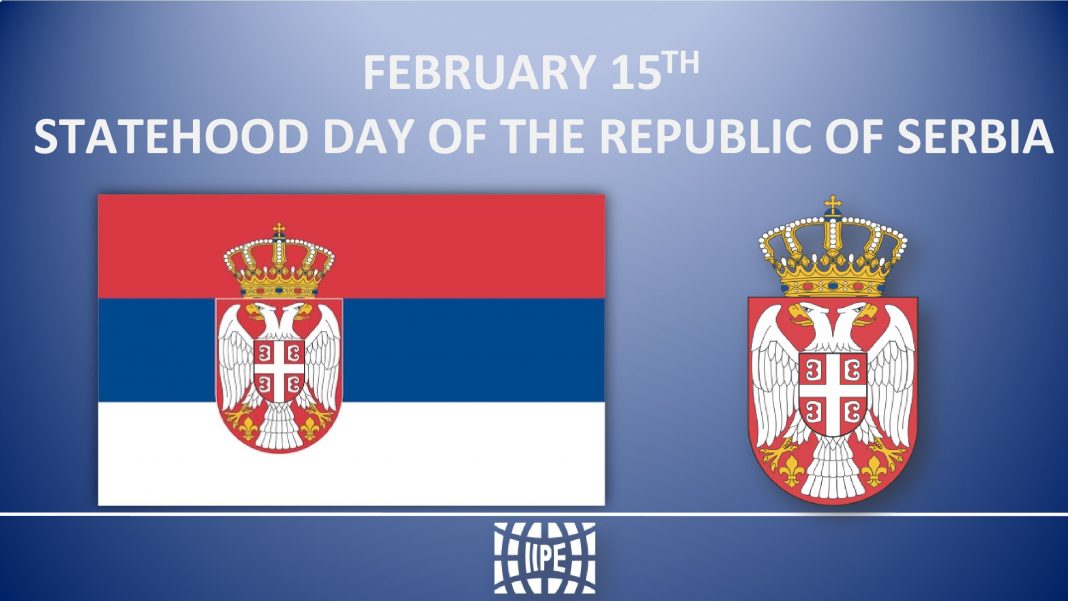 Institute for International Politics and Economy congratulates all associates and friends of Institute February 15th, the Statehood Day of the Republic of Serbia.

The first Serbian uprising was raised for liberation from five centuries of Turkish rule on February 15th, 1804, in Orašac, under the leadership of Đorđe Petrović-Karađorđe.

On the same day, only in 1835, in Kragujevac was proclaimed, the first Constitution of the Principality of Serbia (“Sretenje Constitution”) as one of the most liberal constitutions of its time.

The Statehood Day of Serbia, which is also celebrated as the Constitution Day, is one of the most important dates in the historical and political calendar of the Serbian state, which symbolizes the beginning of the creation of modern statehood and democratic society.