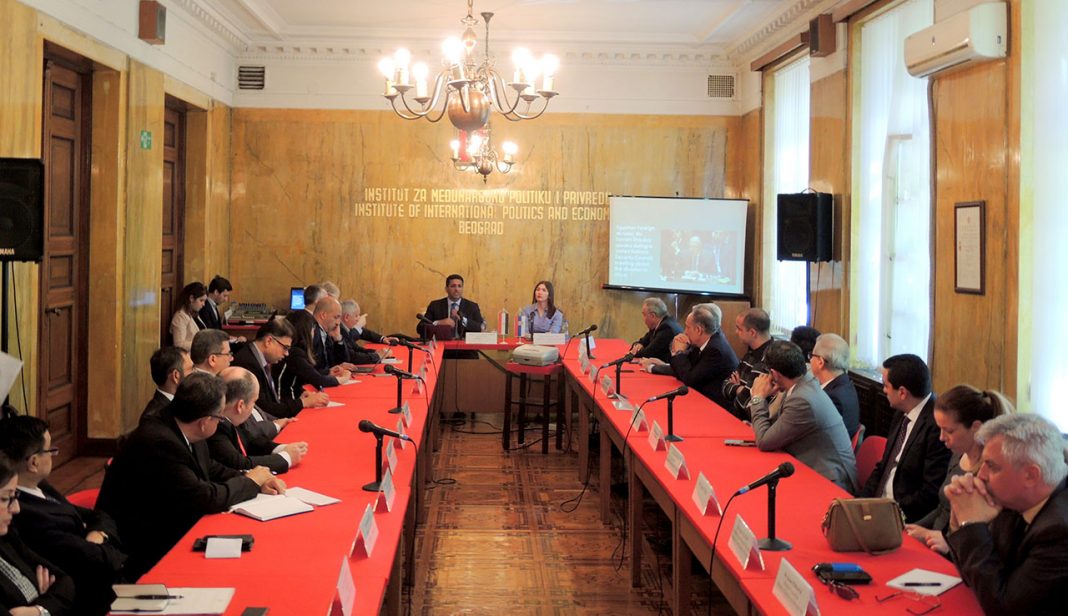 As part of IIPE flagship lecture series, “Ambassadorial Forum”, H.E. Mr Amr Aljowaily, the Ambassador of the Arab Republic of Egypt to Serbia, delivered a lecture “The Multilateral Role of Egypt”. The lecture gathered a number of representatives of the diplomatic corps, scholars, academicians and the IIPE researchers and alumni. His Excellency Mr. Aljowaily provided an insight into the activities of Egyptian diplomacy in the United Nations, the African Union, the Arab League and the Non-Aligned Movement. The Ambassador paid a special attention to the experience of Egypt as a non-permanent member of the UN Security Council, and highlighted the country’s efforts in democratisation of the work of the Security Council. His Excellency emphasised that the cooperation between the United Nations and the African Union intensified during the non-permanent membership of Egypt in the UN Security Council. The Ambassador presented the aims of Egyptian diplomatic efforts within the African Union and provided more details about Sahel-Sahara Centre for Counter-Terrorism. The lecture was concluded with activities of Egypt in preventive diplomacy, and the fight against terrorism.