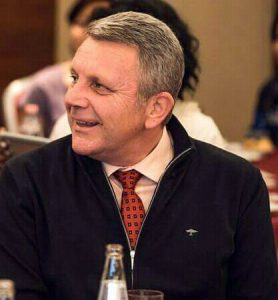 Zlatan Jeremić joined the Institute of International Politics and Economics in July 2017. He completed his postgraduate military studies in 1995, and received his master’s degree at the Military Academy in Belgrade in 2000. He defended his doctoral dissertation at the University of Defense in Belgrade in 2010. From 1995 to 2003, he was a researcher at the Аrt of War Institute, and after the completion of the National Defense School, he was Head of the Department for Security Integration at the Institute for Strategic Studies. From 2008 to 2011 he was Head of Department of Strategy at the Military Academy in Belgrade. As an professor since 2011, he was a lecturer on Strategies, Basics of Military Strategy, Military Strategy; Global, Regional and National Security, Strategic Planning, Military Diplomacy at Bachelor and Master Studies. In the period from 2012 to 2015, he was the Defense Attaché of the Republic of Serbia in Hungary, and since 2015 he has conducted analytical work in the Military Intelligence Agency, MoD, Republic of Serbia. In the period from 2011 to 2017, he worked intensively on the theoretical and applicative aspects of international relations, geopolitics, global and regional security, crisis hotspots, and the theory and practice of intelligence-analytical work. He has published over 20 works, has participated in 9 scientific meetings with works and was engaged in 12 projects. He is the author of a prominent monograph of national significance, the History of Art of War, which was awarded with the Wisdom of the Wisdom awаrd.